From Wikipedia: "2010 FIFA World Cup South Africa is the official video game for the 2010 FIFA World Cup, published by EA Sports. The game was announced on 26 January 2010 during a GameSpot interview with Simon Humber, one of the producers of the game, and released April 27, 2010 in North America. 199 of the 204 teams that took part in the 2010 FIFA World Cup qualification are included in the game. British commentary Clive Tyldesley and Andy Townsend are provided again which previously is UEFA Euro 2008.

A playable demo was released for Xbox 360 and PlayStation 3 on 8 April 2010. It includes Italy and Spain as the playable teams, and features the new two-button control method intended to make the game accessible to players who are new to the FIFA series, and the ability to upload video replays to EA Football World." 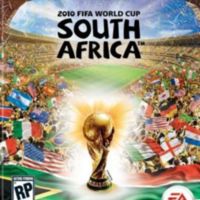