From Wikipedia: "Uncharted 2: Among Thieves is an action-adventure video game developed by Naughty Dog and published by Sony Computer Entertainment. It is the second game in the Uncharted series and was released in October 2009 for PlayStation 3. Set two years after the events of Drake's Fortune, the single-player story follows Nathan Drake, who partners with Chloe Frazer and Elena Fisher, as they search for the Cintimani Stone and Shangri-La, whilst battling a mercenary group led by Zoran Lazarević and Harry Flynn.

Development for Uncharted 2: Among Thieves began immediately following the critical and commercial success of the first entry. The development team drew inspiration from explorer Marco Polo, and specifically, from his expeditions through archipelagos and eastern Asia. Naughty Dog also aimed to improve the game's proprietary engine, creating the game to run exclusively on the company's Naughty Engine 2.0 system. This allowed the developers to record extensive motion capture and more in-game cinematic sequences, as well as include an online multiplayer component; a first for the series.

Uncharted 2: Among Thieves received universal acclaim from game critics upon release, with praise directed toward its elaborate set pieces, character design, storytelling, graphics, technical innovation, and improved gameplay mechanics. It received Game of the Year accolades from numerous publications and award events and is considered to be one of the greatest video games ever made, and among the most significant titles for the seventh console generation. It also enjoyed great commercial success, with over six million copies sold worldwide. The game was then followed by a sequel titled Uncharted 3: Drake's Deception in 2011, and was re-released on PlayStation 4 as part of Uncharted: The Nathan Drake Collection." 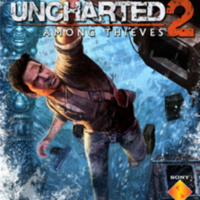