From Wikipedia: "Red Dead Redemption is a Western action-adventure game developed by Rockstar San Diego and published by Rockstar Games. A spiritual successor to 2004's Red Dead Revolver, it is the second game in the Red Dead series, and was released for the PlayStation 3 and Xbox 360 in May 2010. Red Dead Redemption is set during the decline of the American frontier in the year 1911 and follows John Marston, a former outlaw whose wife and son are taken hostage by the government in ransom for his services as a hired gun. Having no other choice, Marston sets out to bring three members of his former gang to justice.

The game is played from a third-person perspective in an open world, allowing the player to interact with the game world at their leisure. The player can travel the virtual world, a fictionalized version of the Western United States and Mexico, primarily by horseback and on foot. Gunfights emphasize a gunslinger gameplay mechanic called "Dead Eye" that allows players to mark multiple shooting targets on enemies in slow motion. The game makes use of a morality system, by which the player's actions in the game affect their character's levels of honor and fame and how other characters respond to the player. An online multiplayer mode is included with the game, allowing up to 16 players to engage in both cooperative and competitive gameplay in a recreation of the single-player setting.

Red Dead Redemption was developed over the course of five years and is one of the most expensive video games ever made. The game received critical acclaim for its visuals, dynamically-generated music, voice acting, gameplay, and story, and shipped over 15 million copies by 2017. It won several year-end accolades, including Game of the Year awards from several gaming publications, and is considered by critics as one of the greatest video games ever made. After the game's release, several downloadable content additions were released; Red Dead Redemption: Undead Nightmare, later released as a standalone game, added a new single-player experience in which Marston searches for a cure for an infectious zombie plague that has swept across the Old West. A Game of the Year Edition containing all additional content was released in October 2011. A prequel, Red Dead Redemption 2, was released in October 2018 to similar acclaim." 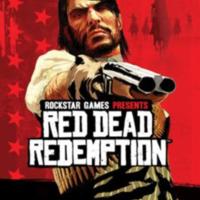